Fall must be the season of Jackie O’s tap takeovers in cities across Ohio, because we’re at it again!

This time, we’re taking over draftlines at Winking Lizard Tavern Crosswoods in Columbus. Join us on October 25 to try one (or two, or three…) of the twenty-six Jackie O’s beers that will be served on draft all day long. Winking Lizard – Crosswoods is located at 100 Hutchinson Avenue, and is open from 11 a.m. to 2 a.m. daily. 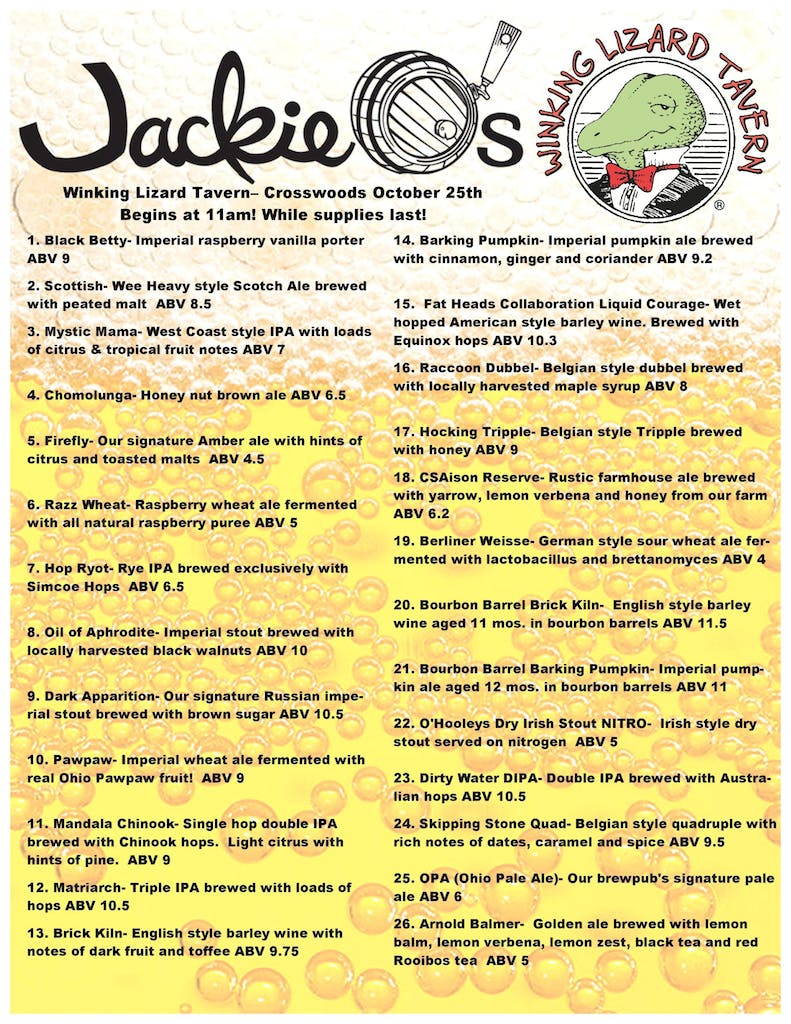 Flights will be available and members of the Jackie O’s team will be present at the event and ready to answer any questions you may have. Stop by to meet and drink with brewmaster Brad Clark in the evening, time to be determined.

Out-of-towners are invited to book a hotel room at Sheraton Suites on Hutchinson Avenue, with rooms starting at $98. For Columbus beer drinkers who can’t make it out on October 25, you can find our Mystic Mama on draft at all three Winking Lizard Tavern locations in Columbus until 2015.

Cleveland, Get Ready for the Flip Side Tap Takeover!
Show Your Thirst for a Cleveland Cavs Championship at Jackie O’s