View Open
Go out on a limb with our latest limited release,

View Open
Advance your basecamp with a 6-pack of Chomolungma

As the story goes

Jackie O’s owner, Andrew Arthur Oestrike, known by most as Art, went to Ohio University in Athens, Ohio as an undergraduate and again as a graduate student after teaching English overseas in South Korea. Art’s entrepreneurial career was born when he and his best friend, Lenny Meyer, decided to buy Bagel Street Deli in Athens, Ohio in 2003.

Art met Brad Clark in 2005 over one of Brad’s home brewed beers and thus a seed was planted. The idea to purchase O’Hooley’s Irish Pub, a 90’s era brewpub where Brad had previously worked, seemed like the ideal way to begin their beer brewing journey together. 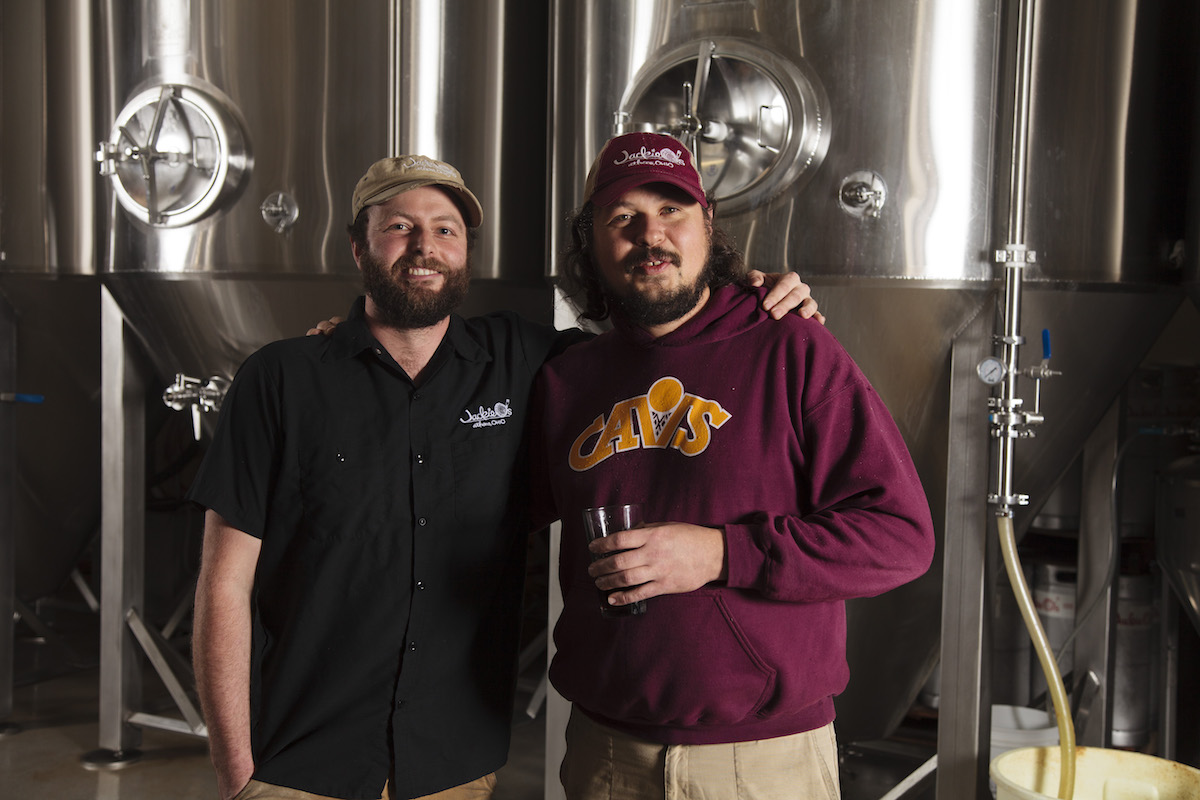 In 2005, Art purchased O’Hooley’s. Shortly before this new venture, his mother, Jackie Oestrike, was diagnosed with stage four lung cancer. Jackie passed away in June of 2006, but not before her son let her know he had plans to change the name “O’Hooley’s” to “Jackie O’s” in her honor. Her reaction was a classic motherly reaction, “a bar?!” Art’s reply, “it's going to be so much more than a f*@%ing bar, mom!” has been what continues to inspire and grow the business to this day. 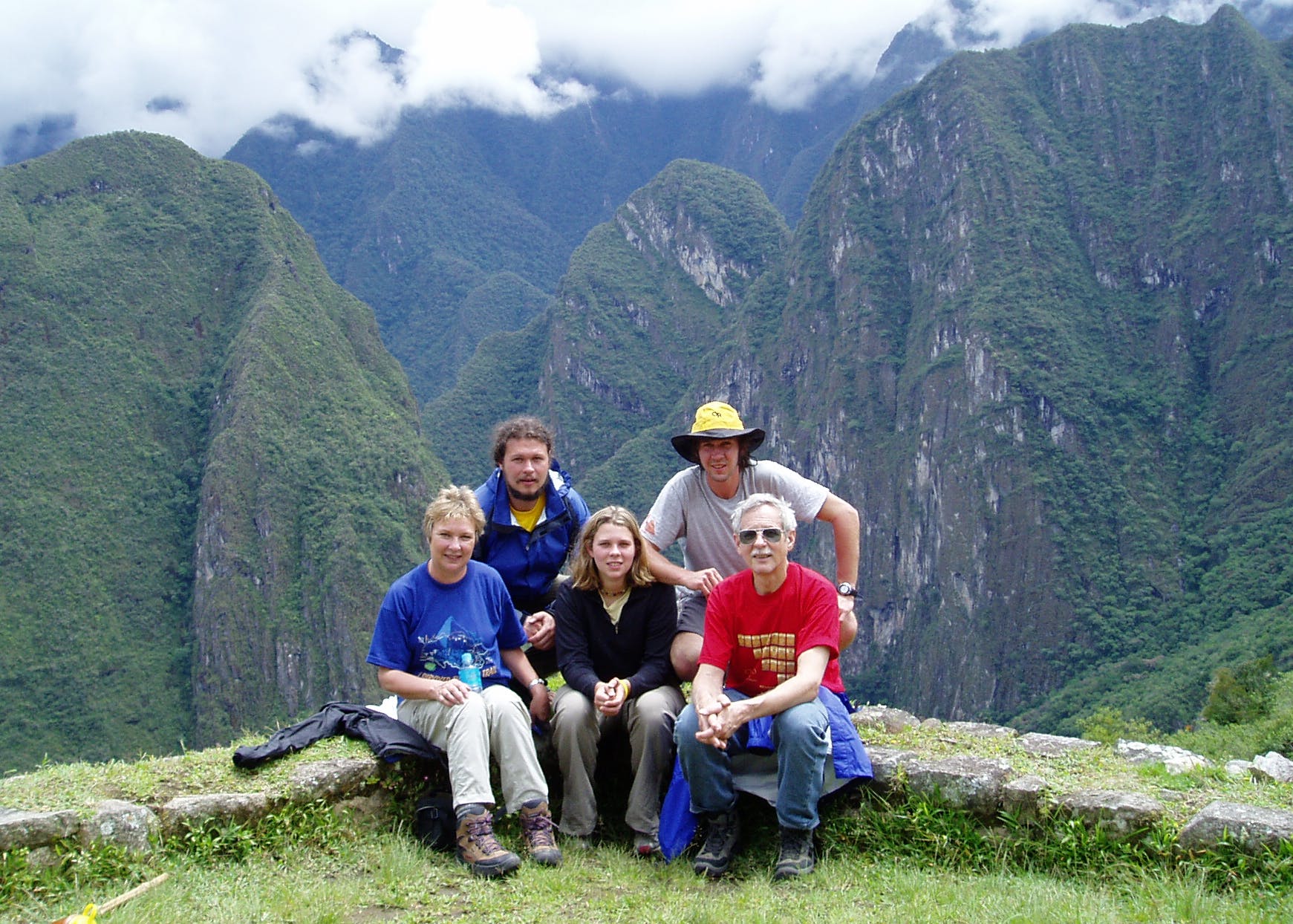 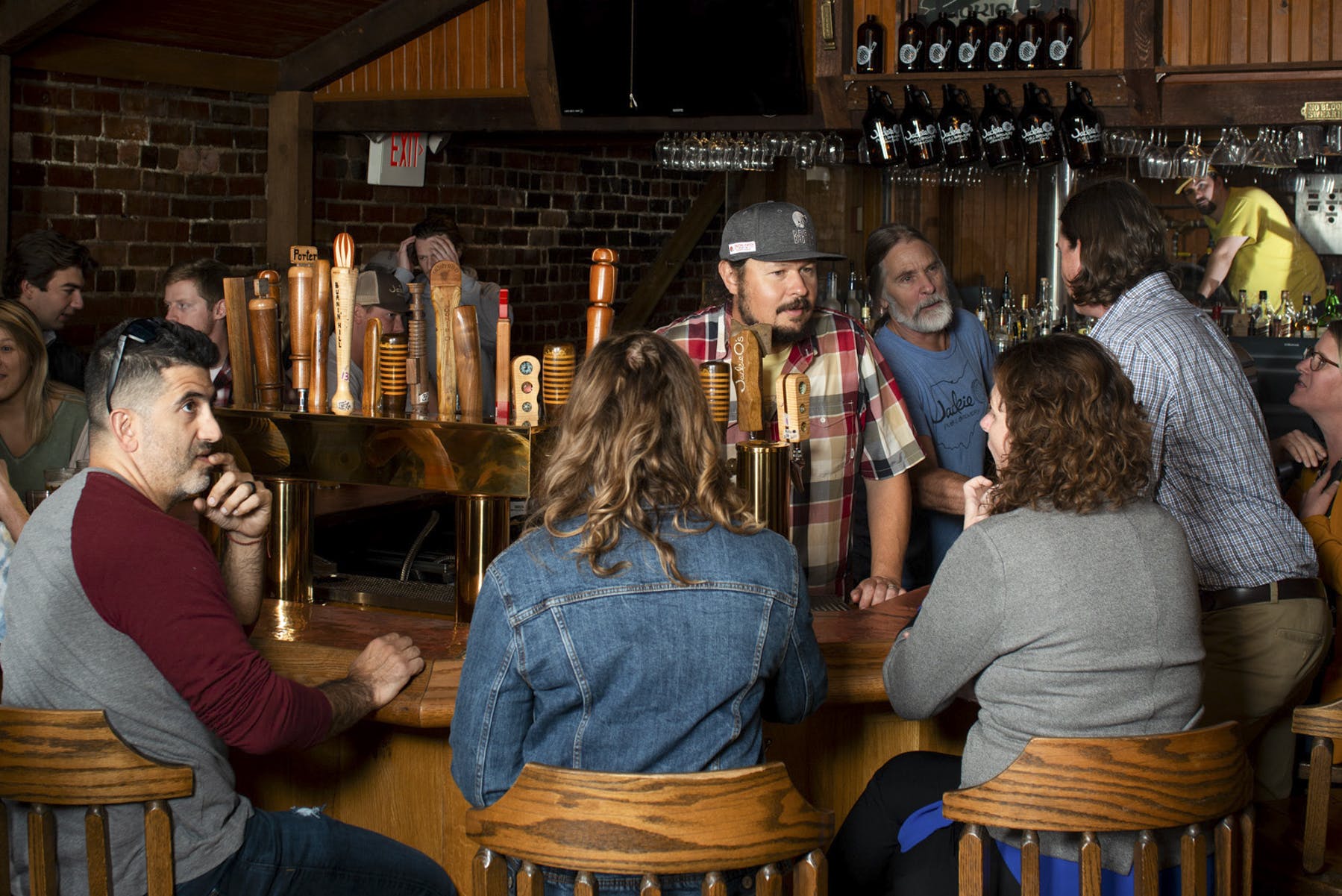 In January of 2007, the name of O’Hooley’s officially changed to Jackie O’s Brewpub. The original Brewpub became a pillar of the Athens community by focusing on locally inspired and produced products. At Jackie O’s inception, the decision was made to brew specific beer that would only be available in Athens, create barrel-aging and sour programs, and commit to using locally sourced products whenever possible. The business not only focused on the local economy, but also state improvements as well by becoming one of the first facilities in the state of Ohio to transfer to a non-smoking establishment in order to increase the visibility of lung cancer research. 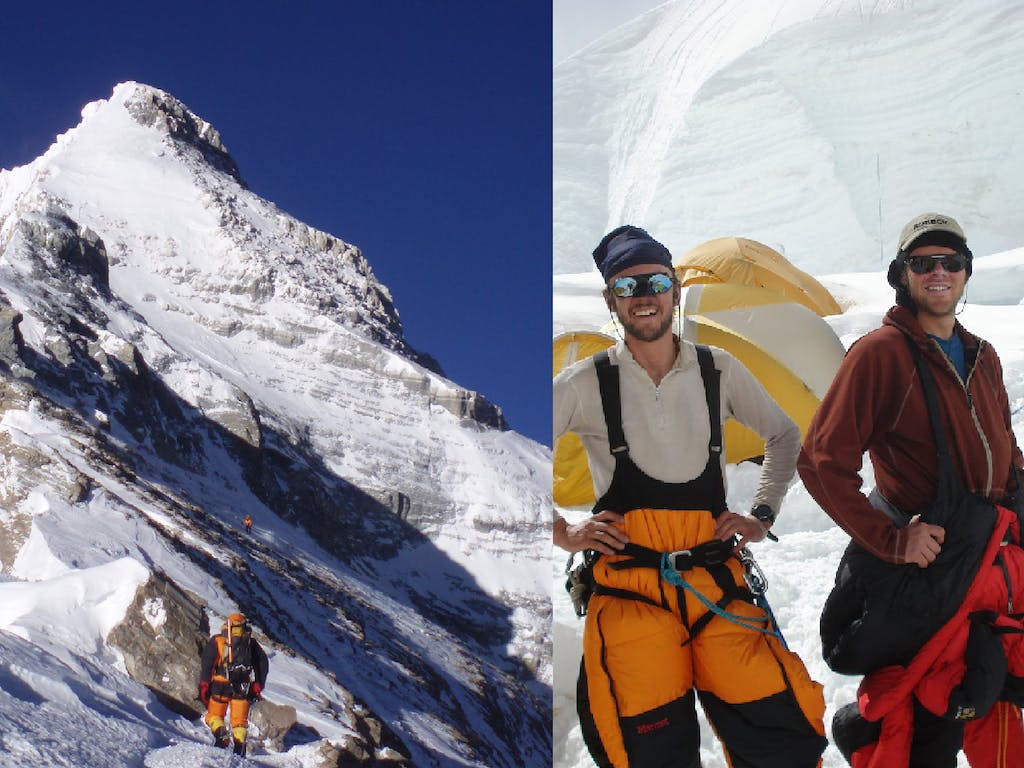 In response to the loss of their mother, Art’s siblings, Brian and Katie, set out on a journey to raise awareness for LUNGevity by traveling to Tibet on a quest to climb Mount Everest. On May 23rd, 2007, Brian and close family friend, Justin Hewitt, summited Mt. Everest, also known as "Chomolungma" in Mandarin. For more information, visit http://climbforcancer.blogspot.com/.

In 2008, a restaurant and bar space next door to the Jackie O’s Brewpub fell on tough times due to the recession. In mid-2009, Jackie O’s began renting that space and made some renovations to create what is now the Jackie O’s Public House Restaurant. In September 2009, the Public House celebrated its opening night by featuring good friends from the locally formed band, Papadosio.

The addition of the Public House Restaurant allowed for vast improvements to dining, including an expanded locally sourced menu. This space also allowed an increase of barrels of beer from 400 to over 800 barrels. At this time, all of the beer Jackie O’s produced was only available within the Jackie O’s Brewpub and Public House Restaurant and a few local Athens businesses. 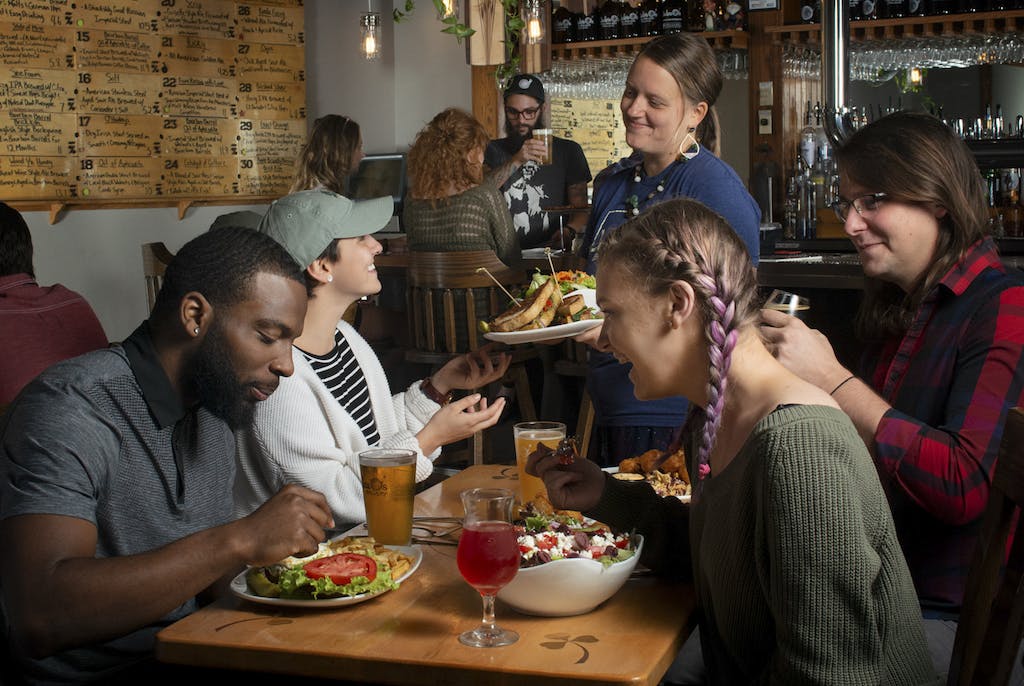 As a university town, thousands of alumni visit Athens and Jackie O’s each year. This has been especially true on popular weekends such as Ohio University Homecoming. The desire for Jackie O’s mainstays, such as Mystic Mama and Razz Wheat, was a pretty consistent topic of conversation when OU alumni would visit. This enthusiasm from customers about Jackie O’s beer aided in the decision to purchase a production facility. After attending a course at Siebel, Art and Brad selected a building on the east side of Athens that was, fun fact, originally built for cheese production! Obtaining this space meant room for an increase in Jackie O’s production of beer. 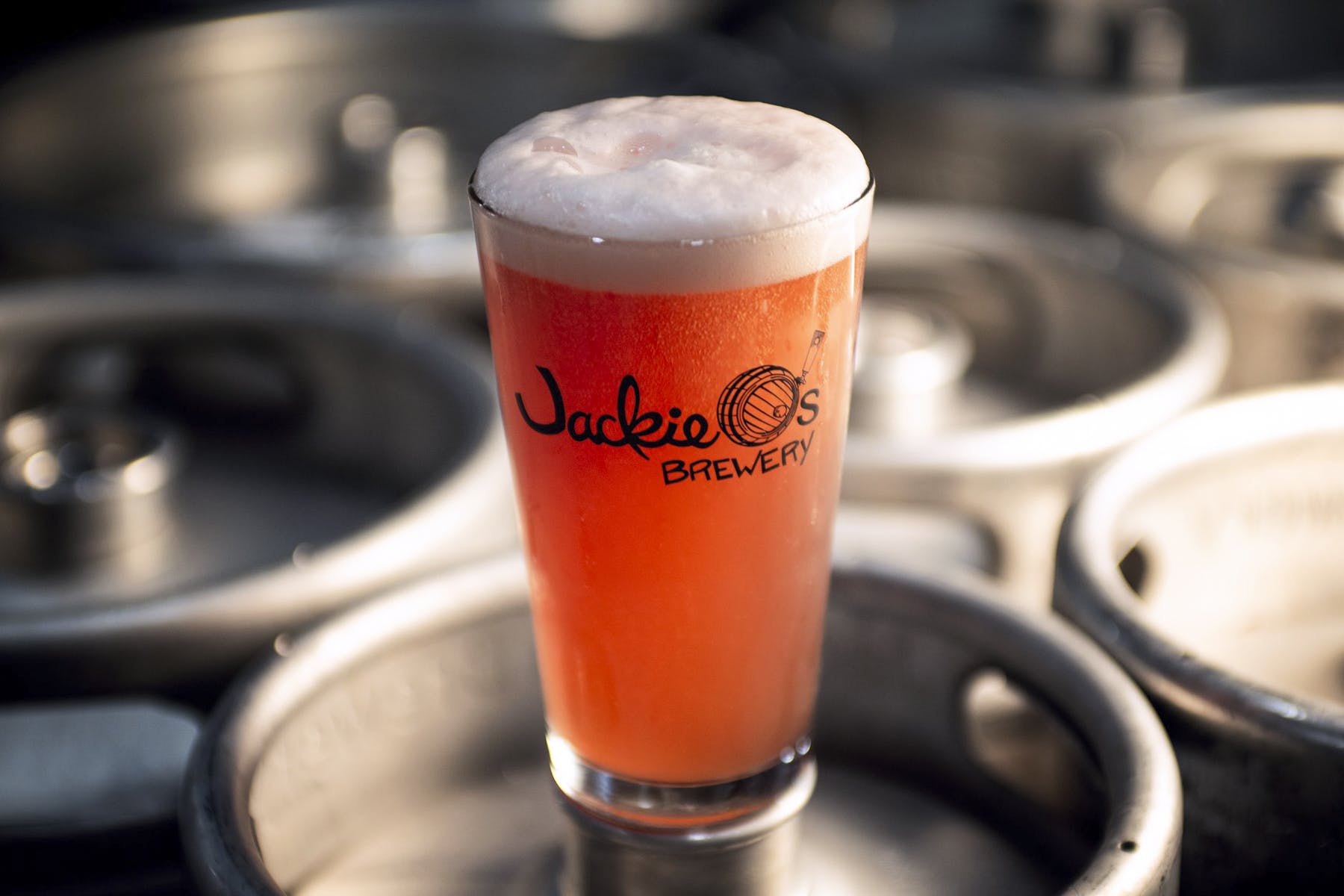 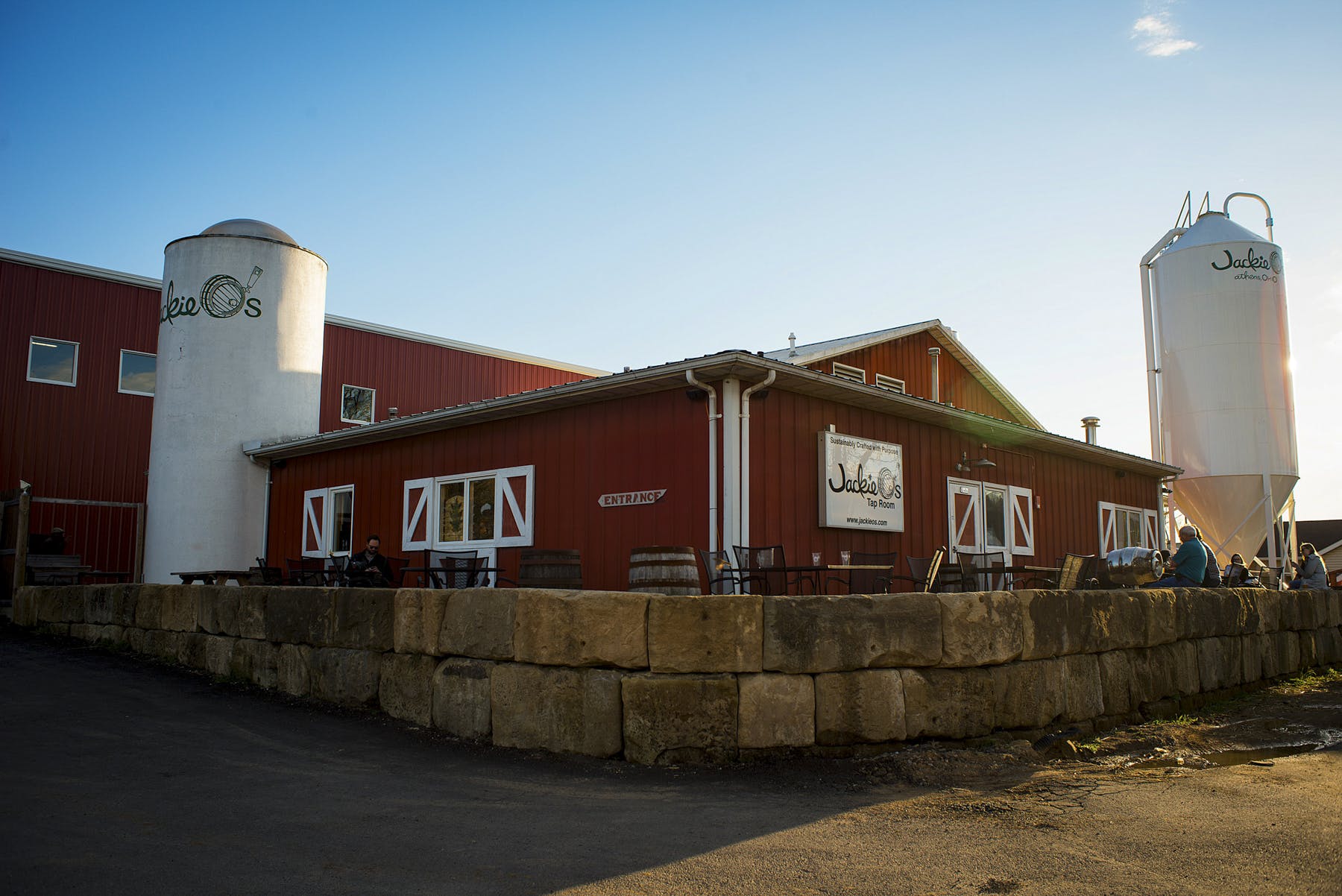 The Taproom & Production Brewery opened in February, 2013, located just a mile from the two Jackie O’s Uptown locations. This facility provided the Jackie O’s team the freedom to play around and get their creative juices flowing. The addition of new barrels, including rum, bourbon, sherry, and tequila, increased the Jackie O’s team’s ability to skillfully age specialty beers. Equipped with 16 taps, the Taproom became an additional Jackie O’s location that could offer patrons more beer straight from the source!

Life tends to throw us curve balls from time to time. In November of 2014, a tragic fire hit devastated Union Street in Uptown Athens. Damaging six buildings in total, including the Public House Restaurant, the fire not only put a lot of things in perspective, but it also changed the lives of many employees who worked at the Jackie O’s Uptown locations. The kitchen in the Public House Restaurant was badly damaged, which completely changed the way the space was utilized for months afterward. Luckily, the original Brewpub was unharmed. 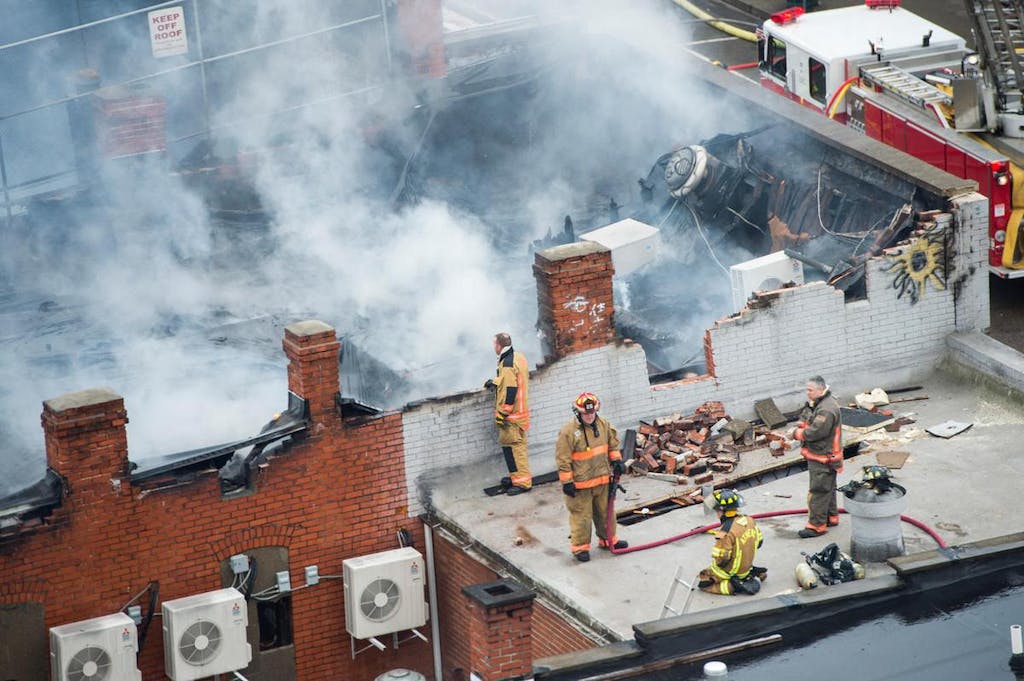 After a long road to recovery, the Public House Restaurant reopened with a sleek and modern new draft system featuring 30 taps, a newly designed kitchen, and a dedicated Bakeshop space. The Jackie O’s Bakeshop had been established in 2008, but the fire nearly ended that endeavor. With the help of the Appalachian Center for Economic Networks, the Bakeshop was able to keep locally producing all of the bread products used on the restaurant menu. 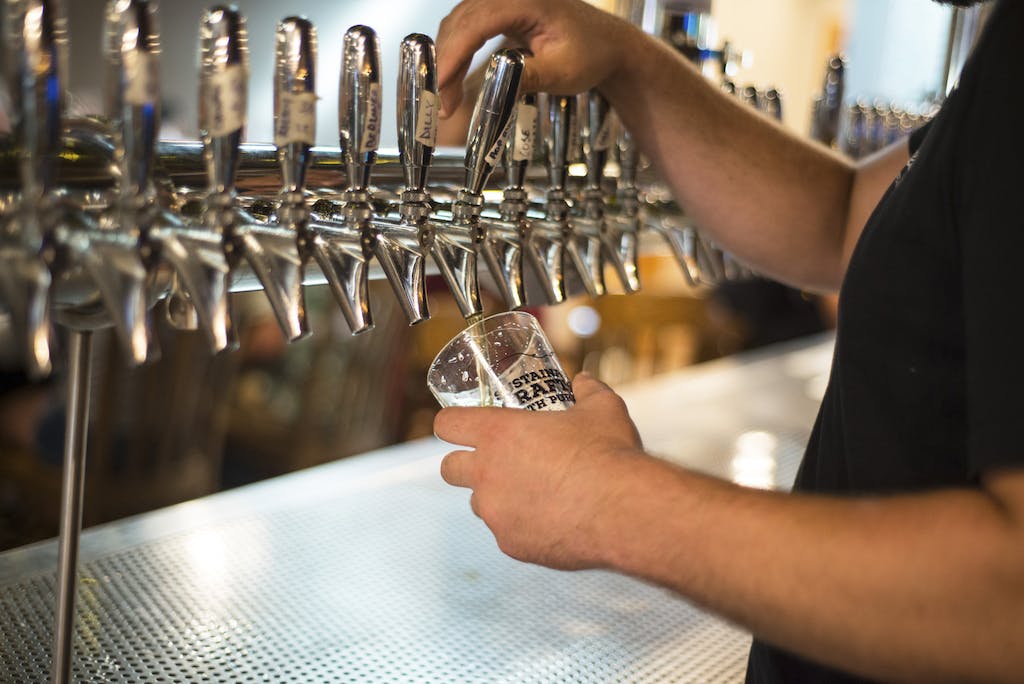 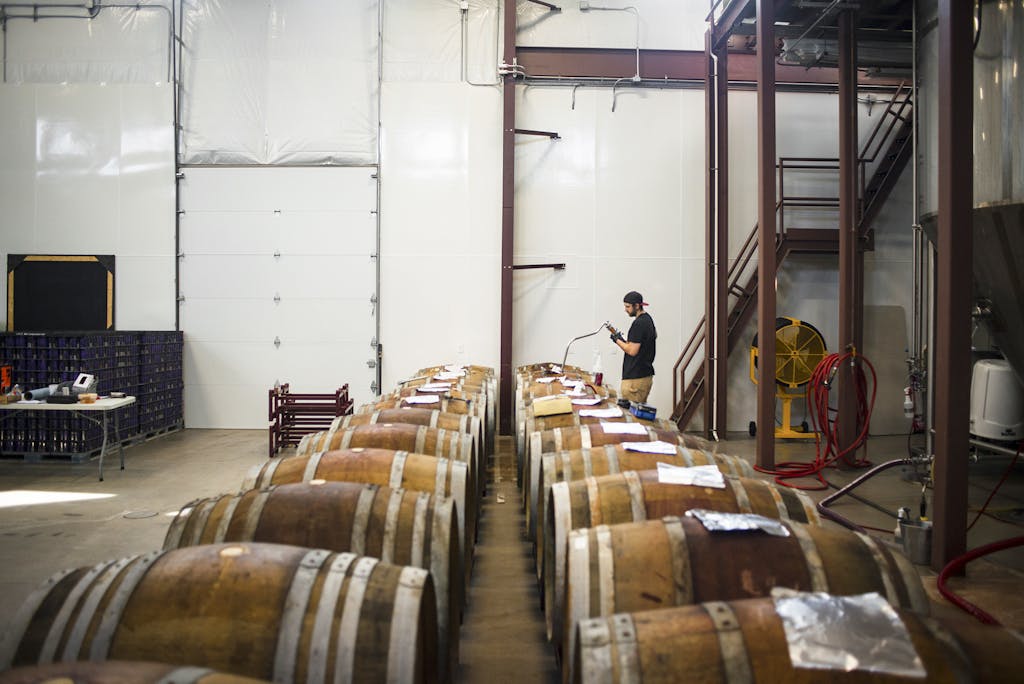 Jackie O’s five-year business plan was completed in a mere 18 months thanks to our partnership with Cavalier Distributing in Blue Ash, Ohio, which started after a brief attempt at self-distribution. Jackie O’s was able to add a 10,000 square foot expansion to the Taproom and Production Brewery building in 2016, due to the success of Jackie O’s beer distribution. This additional space allowed for a brewery laboratory, an administrative offices “world headquarters”, a dedicated sour room, and the ability to grow core beer production by three to four times what it was in 2014.

Art kept his promise to his mother that Jackie O’s would be more than just a bar. The Jackie O’s brand now extends throughout the town of Athens with the inclusion of the Public House Restaurant, the Taproom (with a full production brewery attached), Barrel Ridge Farm, and the Bakeshop.

We are excited to announce that the Jackie O's brand will also be establishing a new facility in Columbus, Ohio! Please keep an eye on our social media for updates on our newest location.

Not only is Jackie O’s a brand and a business, but a family and a community. The hospitable nature of Art’s mother lives on and continues to provide a fun, inclusive safe space for family and friends for years to come. Jackie O’s welcomes visitors to come and enjoy all that we have to offer here in Southeastern Ohio. Cheers! 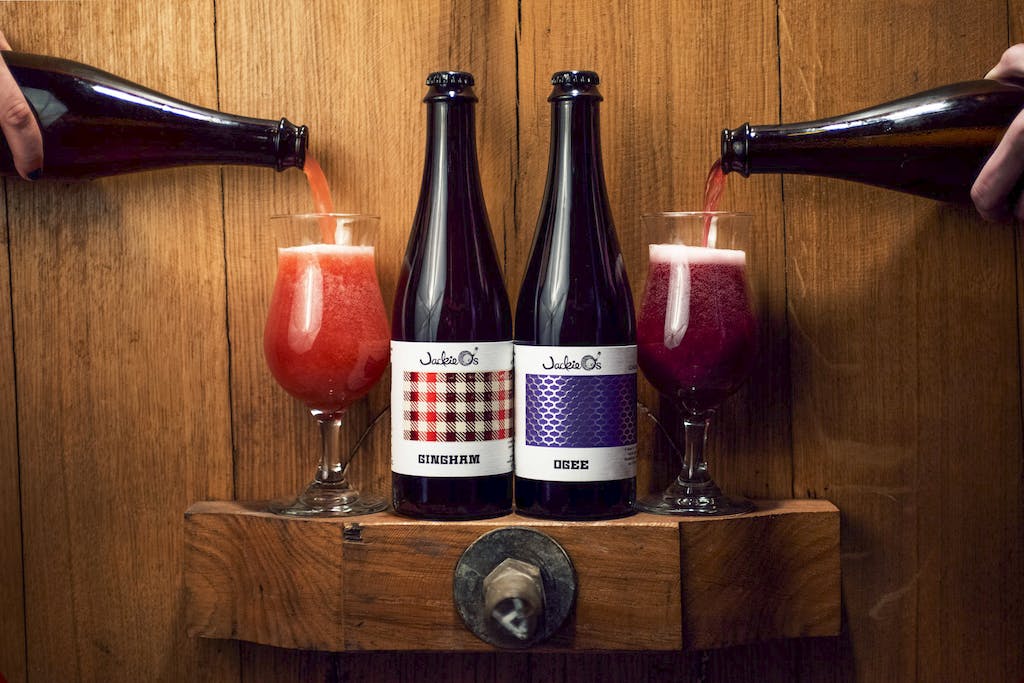 Plan your visit
Meet the family