As you may have seen on our social media, our team hit Extreme Beer Fest in Boston last weekend. Sophia, Seth, Clark, Erika and Zack were serving Cucumber Ginger Berliner Weisse, Funky South Paw, Oro Negro, and Bourbon Barrel Dark Apparition on almonds, hazelnuts, and pecans. We were huge fans of what Cigar City was pouring and impressed by Rare Barrel from CA and Night Shift Brewing from MA. All had an absolute blast. Thanks so much for having us, Boston! 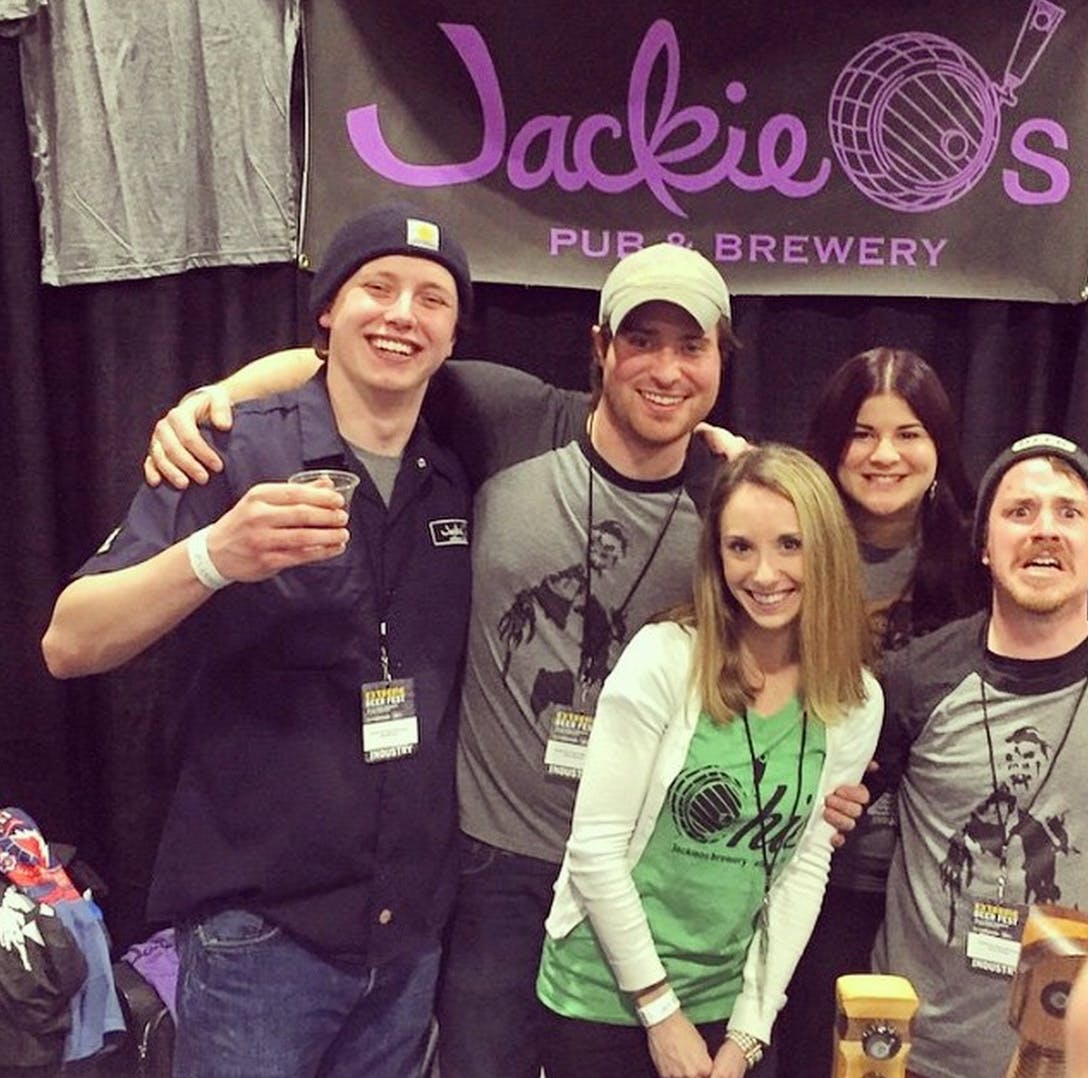 In just a few weeks time, 2015 Bourbon Barrel Brick Kiln will hit! The beer was aged in a blend of Buffalo Trace, Heaven Hill, and Woodford barrels and aged ranging from 7 to 15 months.

We’re excited to announce that the Taproom at 25 Campbell now boasts a food cart, serving delicious locally sourced food each day we are open. Here’s what our menu is offering currently:

This past week, we hosted a lovely tasting at Whole Foods Dublin with some tasty vittels from the staff that were paired with the food. We also had our first beer dinner at Giant Eagle Marketplace Grandview Yards, where the chefs nailed it—delicious pairings and a great crowd. We were also at Hunahpu Day at Cigar City two weekends ago with Bourbon Barrel Oil Woodburner and Bourbon Barrel Dark Apparition, which went over great!

At the Brewpub, we’ve begun brewing multiple Saisons destined for barrels and secondary souring in tanks. Clark started our rotation out with Providence this week: new recipe, new yeast combination.

We’re stashing kegs and putting together treatments for our next bottle release on May 8 and 9. Hope everyone is getting excited for the event and anticipate a good crowd.

One of our newest beers, Ricky, made its debut outside of our establishments at Independent Fest this weekend. It was chilly out, but a good crowd and performances from artists like Juicy J made the event a success. Ricky is also on tap at the Taproom right now, too!

Thanks to Hugh Johnson of Mad Tree for our St. Patrick’s Day present! Until next time, Jackie O’s fans.

Jackie O's next bottle sale: May 8 and 9!
Bottles, Jackie O's in Europe, and Columbus Beer Week