Blast Off!: Jackie O’s ‘Rye of Jupiter’ hits the stars with the Intl. Space University

Rye of Jupiter was prepared by our Pub brewer Clark Benson for a special—might we even say out-of-this-world—event. A Rye India Pale Ale with Galaxy & Equinox hops, the brew was crafted especially in honor of the International Space University Space Studies Program, a nine-week program held by Ohio University in Athens for from June 8 to August 7. It’s only available on draft at the Brewpub, where growler fills are allowed. 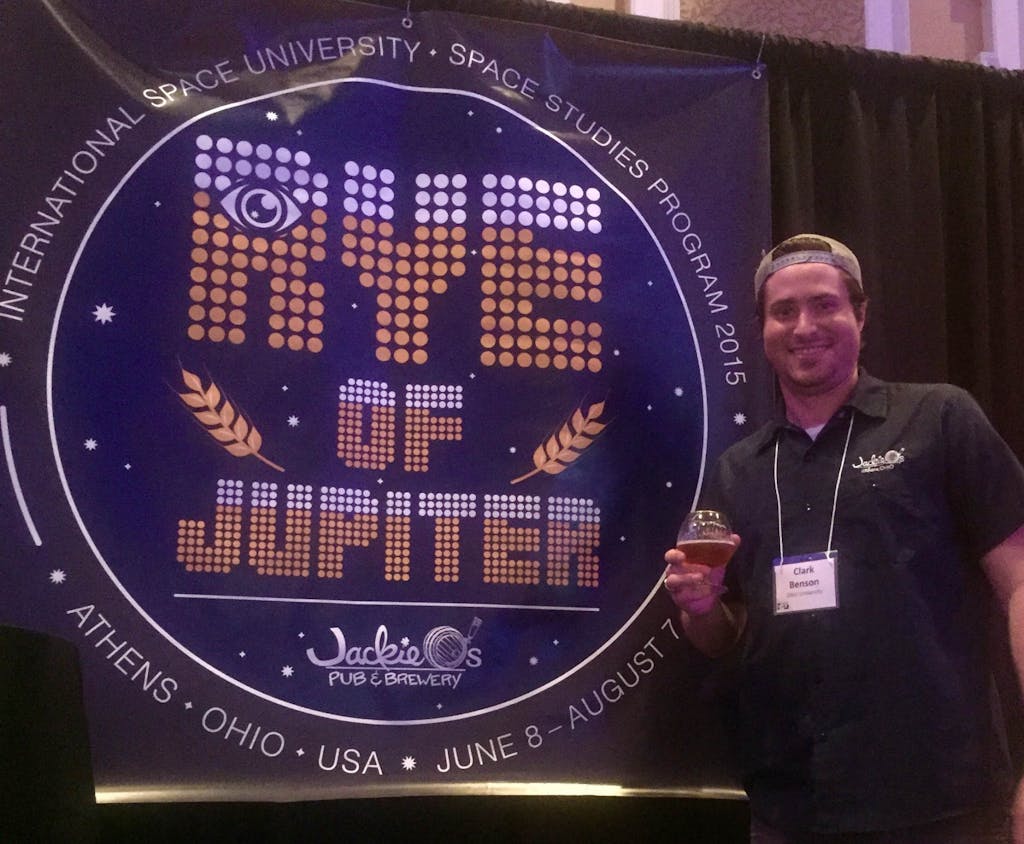 The International Space University Space Studies Program (#SSP15) is incredibly special, and Athens is lucky to play host. Sponsored by organizations like the NASA Glenn Research Center, SSP15 brings 110 participants from 30 countries to Athens for public, free space-themed events, including space industry expert panels and classical music concerts throughout the summer. (Find the full schedule of events here.) Last year, the event was hosted in Montreal and next year it will be in Israel!

Ohio was certainly chosen for a reason– 25 astronauts have been from Ohio, including Sunita Williams, who has spent the most time in space of any woman and was a guest of honor at the opening ceremony on June 8. Clark gave a (really great!) speech and called the event a “really cool opportunity to make something that combined both my passion as a child and my passion as an adult,” adding, “Bringing the program and the community together is a win for everybody.” He joined SSP15 Director John Connolly, Russ College of Engineering and Technology Dean Dennis Irwin in raising a ceremonial first pour of Rye of Jupiter. 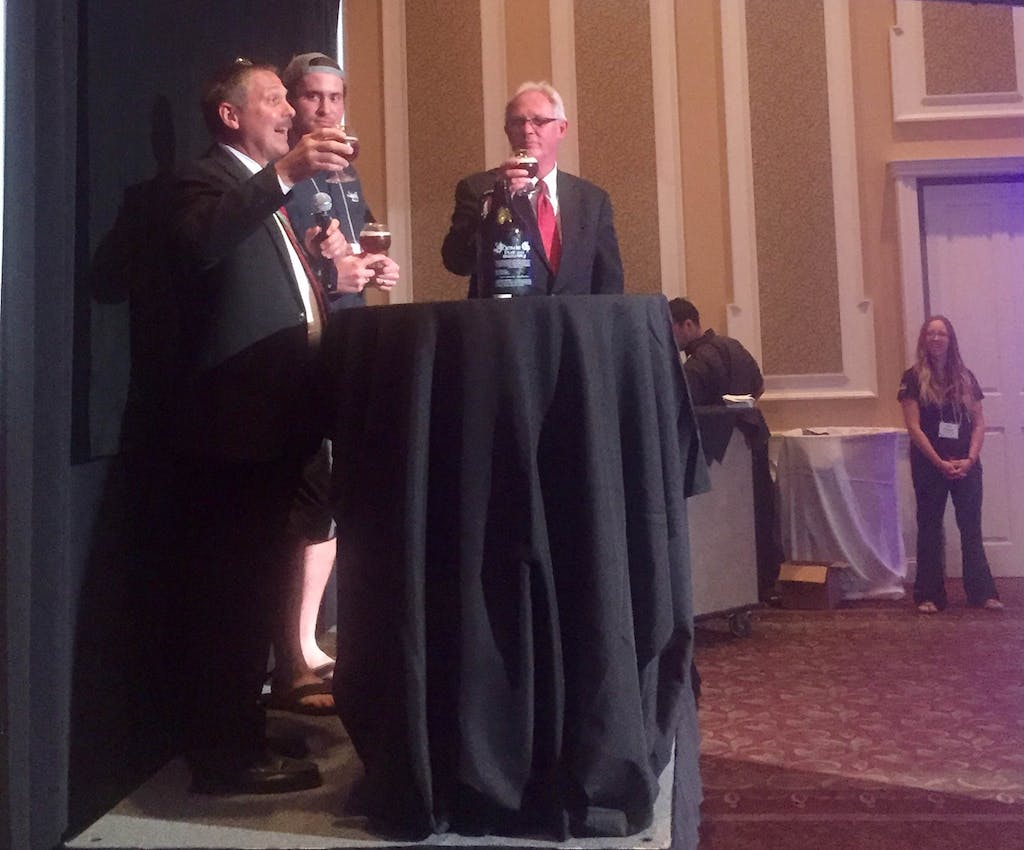 Big thanks to our friend Pete Shooner for his great coverage of SSP15 for Ohio University. Hope to see you all at the events this summer and at the Brewpub to try this amazing beer!