Jackie O’s fans came out in full force this week, showing your support by voting us ‘Best Happy Hour’ and ‘Best Restaurant/Bar’ in The Athens News annual “Best of Athens” review! Our own Art Oestrike won ‘Best Local Entrepreneur’ and tied with Shelley Lieberman for ‘Best Local Business Owner’, too. Year after year, Athenians take the time to vote for the places and people they love in this special town, and we’re honored to be among them.

We were also thrilled to find out that Jackie O’s Brewpub and Public House won ‘Best Brewpub in Ohio’ via RateBeer. Cheers to all those who voted, and cheers to this great state! We were also named one of the ‘Top Brewers in the World’ on RateBeer, included on an impressive list of 100 heavy-hitters across the globe. Thank you so much!

American Craft Beer gave our Vanilla & Coffee Bean Dark Apparition a nod this week, calling it a “release to look out for.” To find bottles near you, check us out on BeerFinder, or head to the Taproom at 25 Campbell to pick up.

Art and brewmaster Brad hit California with force this week, and had a hella (…we had to) good time collaborating with Sante Adairius Rustic Ales in Capitola. It’s a sour brown, aged in spent bourbon barrels (used previously for Dark Apparition) with each culture doing some serious work in the barrels. California fans can expect to see the new creation available at SARA mid-2016. 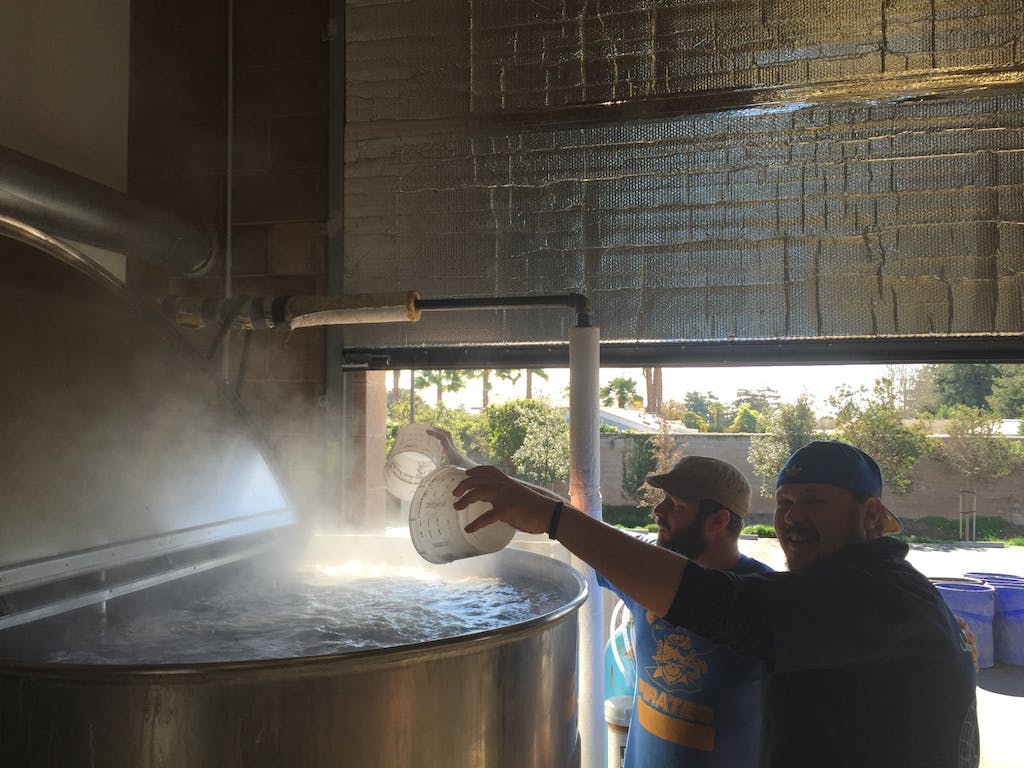 The team was also lucky enough to meet with the talented folks at North Coast Brewing Company in Fort Bragg, California and discuss the best way for our brewery to utilize space as we grow. We’re close to submitting our final expansion plans and they are the absolute masters of using space wisely. Priceless advice from those who know best!

Our production facility was visited by a very spooky, very scary spirit this week and left behind cases of Bourbon Barrel Dark Apparition bottles to sell at the Taproom for $11.99 a bottle! Limit of six bottles per person.

At the Brewpub this week, Clark brewed an imperial salted caramel brown ale using a bunch of different malts, including buckwheat and a touch of smoked. The final product will have a rich, nutty caramel flavor, intensified by addition of brown sugar and kosher salt in the kettle! He also brewed Smoke Ya Oats, our oatmeal stout brewed with cherry wood and beech smoked malts. [PIC] Clark’s weekly Brewpub creations keep things interesting uptown—check out the draft list, which features special beers often available no where else. We’re serving burgers, spent grain pizzas, and much more each day until 9:30pm, too.

So many great talents are involved in the products we make. Our beautiful line of cans—including the new Razz Wheat designs—are designed by Bryn Perrott (aka Deerjerk), who hosted an opening to showcase her woodcuts at Stuart’s Opera House in Nelsonville on Friday, January 30. The team came out in full force to support the show and enjoy a cold JO’s beer on an even colder night. Here she is with two of her designs that double as featured images for Mystic Mama and Razz Wheat, respectively. 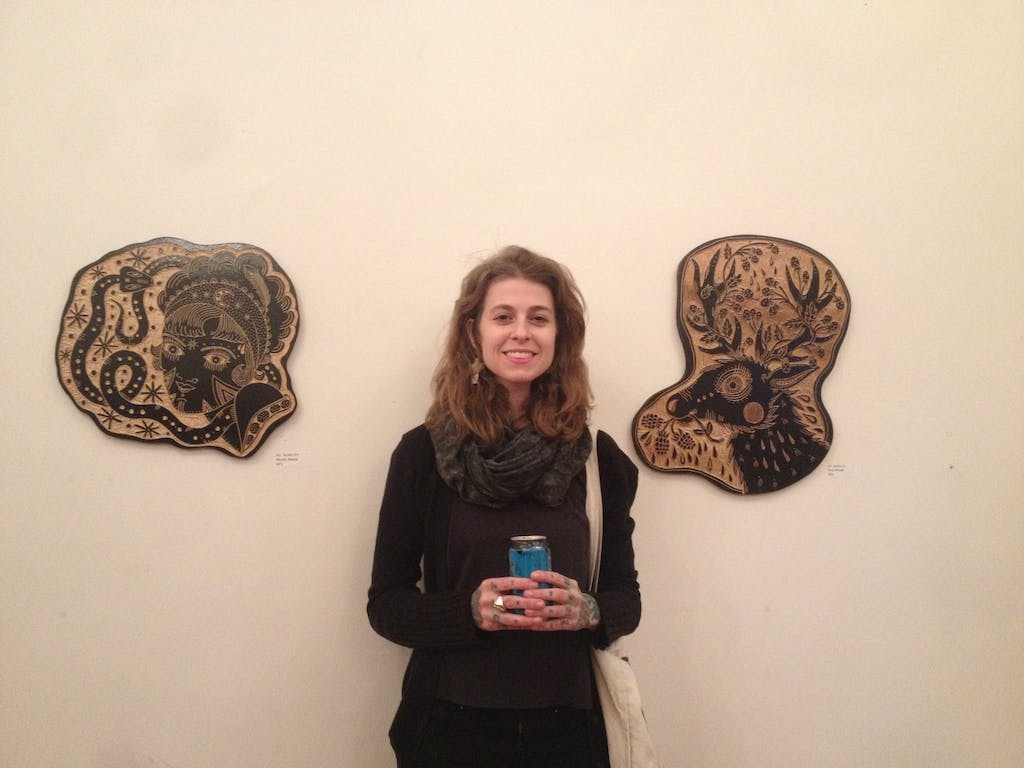 We also hosted another fabulous beer dinner at Kraft House No. 5 on Monday. Five thoughtful courses like Mystic Mama paired with crispy pork belly and Paw Paw Imperial Wheat Ale paired with scallops? Yes please. Stay tuned to our Facebook, Twitter and Instagram to find out about events like these around Ohio in the future. 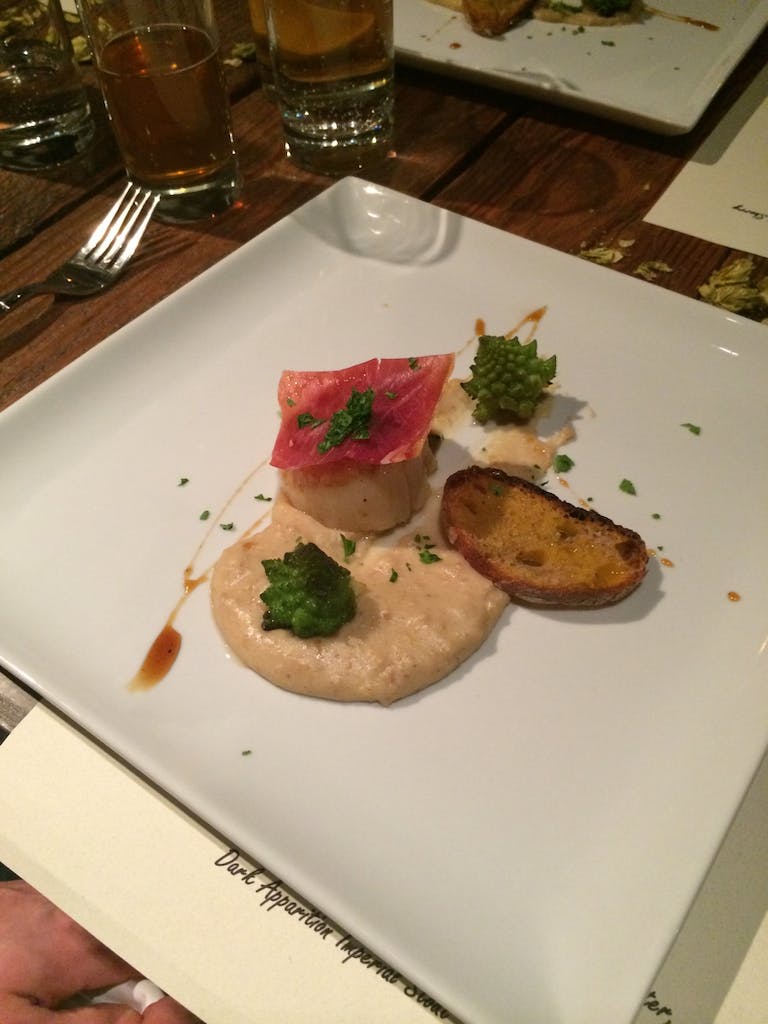 Cincinatti’s Madtree Brewing celebrated their second anniversary with a Winter Bonanza this weekend and Jackie O’s was on site for all the fun. Five of our beers were also available at the sold-out 5th Annual Columbus Winter Beerfest this weekend, too. Thanks for including us in your special days of beer, food and music. Can’t wait to celebrate both events again next year!