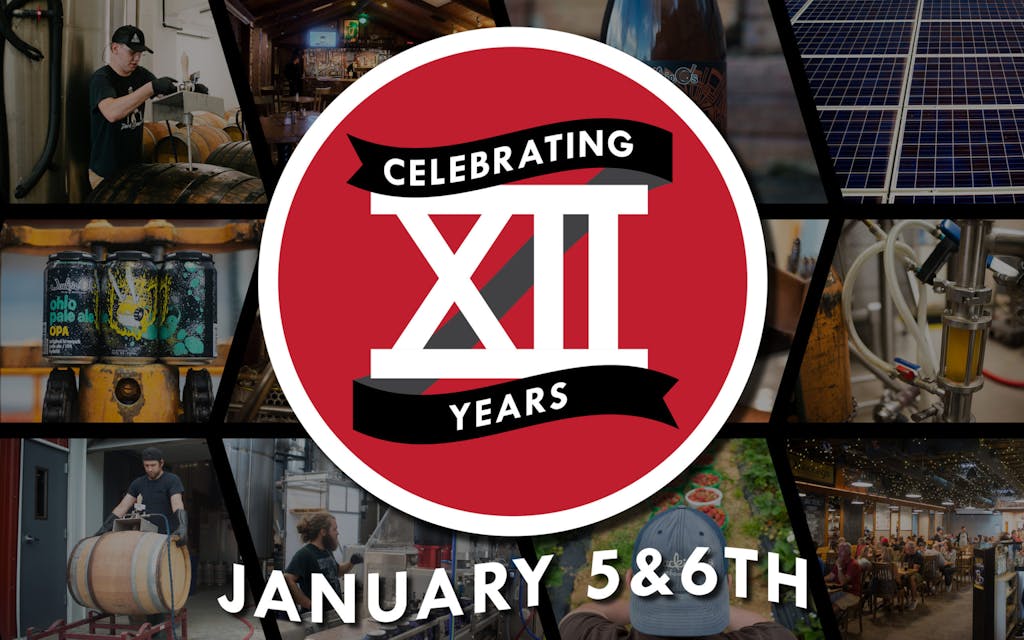 Our Anniversary Party is less than 2 months away!  We are gearing up for the festivities and want to inform you all about what to expect.  First off, discounted hotel rooms are available at the OU Inn for both January 5th and 6th.  Mention the “Jackie O’s rate” or “Jackie O’s anniversary” to receive the special discount.  Bottles sales will happen both Friday and Saturday at the Production Facility located at 25 Campbell St.  A line will form inside the brewery, we will be selling the 7 “new anniversary” bottles through this line and only this line, both days.  Other beers from throughout the year will be available for purchase in the taproom.  The taproom will be pouring beers along with some strategically placed draft stations through the line in the production facility.  This should help the line move much faster and more efficiently than last year.  All 3 locations, Brewpub/Public House/Taproom will open at 11 am each day.  Every tap will be different, that is 64 total, and there will be plenty of beer!  Here are some details about the anniversary beers:

See you all soon!