Today is a bittersweet day for us – Friday, July 16, marks the last brew day at Jackie O’s for our pub brewer, Clark Benson. 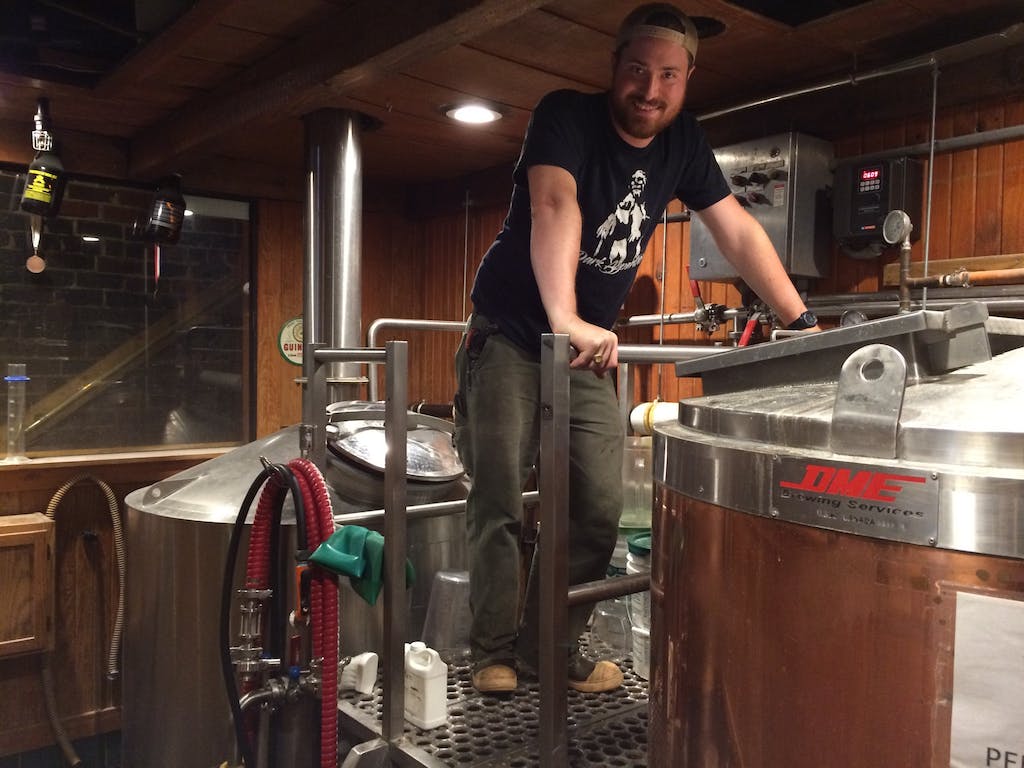 Clark began working with Jackie O’s as a waiter in the Public House in 2012, serving tables two times a week. His curiosity led him to learn more about the brewing process: at first, he simply wanted to understand how Jackie O’s beers were made to better explain the taste and makeup to our customers. At the time, Brad Clark and Sean White (now of Athens’ newest brewery, Little Fish) were in charge of brewing operations at the Brewpub. Clark turned to them for guidance, coming in to work on Sundays to help fill kegs. The ideas started flowing and recipes soon followed. In September 2013, it was official – Clark became Jackie O’s full time pub brewer at the Brewpub.

Of the beers he has brewed with us, Clark is especially proud of O’Hooleys Irish Stout and Berliner Weisse (both available at the Brewpub right now). He has had an impressive run and Jackie O’s fans will be able to taste his creations long after he leaves. Be sure to try Hibernator or Rye of Jupiter in his honor—they are Clark’s original recipes!

Taking over for Clark at the Brewpub is Liam McDonald, one of Jackie O’s finest employees. “Clark is such an empathetic and understanding person. He took his time teaching me the ropes, and I couldn’t have asked for a better mentor,” he said.

Moving forward, Clark and his wife Erica are moving to the Bay Area in California, where they have big plans. Stay tuned for more details on what he’ll be doing next.

Clark – thank you so much for your hard work and great spirit. We’ll miss you!